As you can see by the title we have not moved on to week 18 yet. In stead we are having a review week in our hero’s journey.

I probably could of done with this last week as I was in a bit of drift, it’s funny how I seem to be a week a head, am I connected and in the flow?

It’s been fun going over all what I have done with the Master Key Experience and how far I have come on my personal hero’s journey.

I have reread the past 3 scroll of the greatest sales man. For the master key system I’ve gone over lessons 9 and 10 in more depth then before. In fact I have gone over all the lessons up to 17 and added new notes to each lesson as I have become more aware of the teaching of Haanel.

It’s not fair having 12 pairs of legs | Aimee Mullins

We asked to watch a ted talk which Aimee Mullins gave, she is living her hero’s journey every day. It’s an amazing video which I will have to share you.

Aimee really as super-powers which she gets from within and we all have the same powers. Nothing is impossible if you believe and feel it is possible.

So What is the Hero’s Journey?

Is probably the best known movie plot there is, in which a character goes out to get what they need and they face some sort conflict, and then ultimately triumphs over adversity. This was first coined by academic Joseph Campbell in 1949.

The 12 Stages of The Hero’s Journey

This is where the Hero’s exists before his present story begins, oblivious of the adventures to come. It’s his safe place. His everyday life where we learn crucial details about our Hero, his true nature, capabilities and outlook on life. This anchors the Hero as a human, just like you and me, and makes it easier for us to identify with him and hence later, empathize with his plight.

2. Call To Adventure
The Hero’s adventure begins when he receives a call to action, such as a direct threat to his safety, his family, his way of life or to the peace of the community in which he lives. It may not be as dramatic as a gunshot, but simply a phone call or conversation but whatever the call is, and however it manifests itself, it ultimately disrupts the comfort of the Hero’s Ordinary World and presents a challenge or quest that must be undertaken.

3. Refusal Of The Call
Although the Hero may be eager to accept the quest, at this stage he will have fears that need overcoming. Second thoughts or even deep personal doubts as to whether or not he is up to the challenge. When this happens, the Hero will refuse the call and as a result may suffer somehow. The problem he faces may seem to much to handle and the comfort of home far more attractive than the perilous road ahead. This would also be our own response and once again helps us bond further with the reluctant Hero.

4. Meeting The Mentor
At this crucial turning point where the Hero desperately needs guidance he meets a mentor figure who gives him something he needs. He could be given an object of great importance, insight into the dilemma he faces, wise advice, practical training or even self-confidence. Whatever the mentor provides the Hero with it serves to dispel his doubts and fears and give him the strength and courage to begin his quest.

5. Crossing The Threshold
The Hero is now ready to act upon his call to adventure and truly begin his quest, whether it be physical, spiritual or emotional. He may go willingly or he may be pushed, but either way he finally crosses the threshold between the world he is familiar with and that which he is not. It may be leaving home for the first time in his life or just doing something he has always been scared to do. However the threshold presents itself, this action signifies the Hero’s commitment to his journey an whatever it may have in store for him.

6. Tests, Allies, Enemies
Now finally out of his comfort zone the Hero is confronted with an ever more difficult series of challenges that test him in a variety of ways. Obstacles are thrown across his path; whether they be physical hurdles or people bent on thwarting his progress, the Hero must overcome each challenge he is presented with on the journey towards his ultimate goal.

The Hero needs to find out who can be trusted and who can’t. He may earn allies and meet enemies who will, each in their own way, help prepare him for the greater ordeals yet to come. This is the stage where his skills and/or powers are tested and every obstacle that he faces helps us gain a deeper insight into his character and ultimately identify with him even more.

7. Approach To The Inmost Cave
The inmost cave may represent many things in the Hero’s story such as an actual location in which lies a terrible danger or an inner conflict which up until now the Hero has not had to face. As the Hero approaches the cave he must make final preparations before taking that final leap into the great unknown.

At the threshold to the inmost cave the Hero may once again face some of the doubts and fears that first surfaced upon his call to adventure. He may need some time to reflect upon his journey and the treacherous road ahead in order to find the courage to continue. This brief respite helps the audience understand the magnitude of the ordeal that awaits the Hero and escalates the tension in anticipation of his ultimate test.

8. Ordeal
The Supreme Ordeal may be a dangerous physical test or a deep inner crisis that the Hero must face in order to survive or for the world in which the Hero lives to continue to exist. Whether it be facing his greatest fear or most deadly foe, the Hero must draw upon all of his skills and his experiences gathered upon the path to the inmost cave in order to overcome his most difficulty challenge.

Only through some form of “death” can the Hero be reborn, experiencing a metaphorical resurrection that somehow grants him greater power or insight necessary in order to fulfill his destiny or reach his journey’s end. This is the high-point of the Hero’s story and where everything he holds dear is put on the line. If he fails, he will either die or life as he knows it will never be the same again.

9. Reward (Seizing The Sword)
After defeating the enemy, surviving death and finally overcoming his greatest personal challenge, the Hero is ultimately transformed into a new state, emerging from battle as a stronger person and often with a prize.

The Reward may come in many forms: an object of great importance or power, a secret, greater knowledge or insight, or even reconciliation with a loved one or ally. Whatever the treasure, which may well facilitate his return to the Ordinary World, the Hero must quickly put celebrations aside and prepare for the last leg of his journey.

10. The Road Back
This stage in the Hero’s journey represents a reverse echo of the Call to Adventure in which the Hero had to cross the first threshold. Now he must return home with his reward but this time the anticipation of danger is replaced with that of acclaim and perhaps vindication, absolution or even exoneration.

But the Hero’s journey is not yet over and he may still need one last push back into the Ordinary World. The moment before the Hero finally commits to the last stage of his journey may be a moment in which he must choose between his own personal objective and that of a Higher Cause.

11. Resurrection
This is the climax in which the Hero must have his final and most dangerous encounter with death. The final battle also represents something far greater than the Hero’s own existence with its outcome having far-reaching consequences to his Ordinary World and the lives of those he left behind.

If he fails, others will suffer and this not only places more weight upon his shoulders but in a movie, grips the audience so that they too feel part of the conflict and share the Hero’s hopes, fears and trepidation. Ultimately the Hero will succeed, destroy his enemy and emerge from battle cleansed and reborn.

12. Return With The Elixir
This is the final stage of the Hero’s journey in which he returns home to his Ordinary World a changed man. He will have grown as a person, learned many things, faced many terrible dangers and even death but now looks forward to the start of a new life. His return may bring fresh hope to those he left behind, a direct solution to their problems or perhaps a new perspective for everyone to consider.

The final reward that he obtains may be literal or metaphoric. It could be a cause for celebration, self-realization or an end to strife, but whatever it is it represents three things: change, success and proof of his journey. The return home also signals the need for resolution for the story’s other key players. The Hero’s doubters will be ostracized, his enemies punished and his allies rewarded. Ultimately the Hero will return to where he started but things will clearly never be the same again.

And this is what I am creating my very own real life hero’s journey movie.

I hope I am bring some inspiration for you to start your very own hero’s journey.

Peace be the journey, love & light

Please check out some of these other heroes

Check out my Podcasts 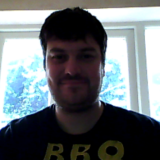 Like getting in to a nice clean bed 😁 #WednesdayThoughts #MasterKeyExpereince #happiness #grateful #affirmation https://t.co/f4FtbkO9s4
View on Twitter

Yes I've definitely had to do this over the past couple of days #affirmation #MasterKeyExpereince #SundayThoughts #grateful #happiness https://t.co/Aa9Ux7oTtl
View on Twitter